A US-based Kenyan businessman George Mokuasi hasn’t stopped at anything, even the COVID-19 pandemic in ensuring that his countrymen and women get entertained at all costs.

Mokuasi is the brains behind the now so popular 254 Diaspora Djs on the mix Facebook group with a following of 52,000 people in just a fortnight.

He says the idea of bringing Kenyans together at this time inspired him and his friends to start the group which is now scheduling live online performances by Kenyan deejays.

“I started the group two weeks ago, Saturday 21st March to be specific. My friend Brian Ahenda and I spoke about the idea of bringing Kenyans together during this period coronavirus has brought almost everything to a standstill. We created the group and I reached out to another friend Frank Wesonga as well as others who agreed to become moderators,” he told Nairobi News in an interview.

He reiterated that this is redefining the entertainment industry at the most critical time when Kenyans need each other and music has been there as a unifying factor for all.

“Anything you do in unity will always be powerful and I want to thank Brenda Beekay, Rodney Afande, Dj Shinski, Bryan Dubb and Keja Graphics for helping behind the scenes,” Mokuasi noted.

Through the schedules, Kenyan deejays have been able to entertain their fans and also rally charity causes.

A case in point is that of reggae deejay, Dj Kriss Darling who raised Sh250,000 in a two-hour online performance. He said the money was to buy foodstuff and sanitizers for Kibra residents who are the most affected by the COVID-19 outbreak.

“When he reached out to us to give him a show, he ran the idea by me and I thought it was great charity work. He showed the world you could do anything with the little God has given you to impact change,” Mokuasi added.

Dj Sunny Sistuki from Raleigh North Carolina also mobilized thousands of Kenyans to come together in a night of virtual entertainment where he raised $7,130 (over Ksh.700,000) towards a medical fund for a Kenyan in Seattle.

Mokuasi went on to state that the plan has excited Kenyans in and out of the country and they plan to keep it going.

“People are really positive and excited. We plan to keep it going. The group has now changed how people enjoy clubbing. You cannot beat clubbing, enjoying music in the comfort of your living room”, he said.

Besides Dj Kriss Darling, DJs Joe Mfalme, Sunny Sistuki, Aisher have also had their sessions and had the highest number of views.

Upcoming deejays also have a platform to make their trade known, a good example being Kenyan Dj Sly who has wowed the hearts of many with his mixes. Little was known of him until he stepped onto the decks on the 254 Diaspora Djs on the mix Facebook group.

Mokuasi’s helping hand includes Dj Rodney who oversees all bookings, Dj Shinski who is the quality controller and Keja Graphics is the timekeeper. Bryan Dubb handles all the schedules. 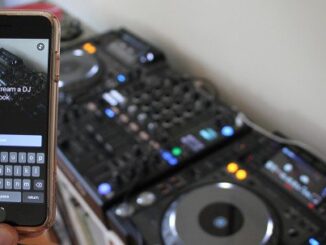 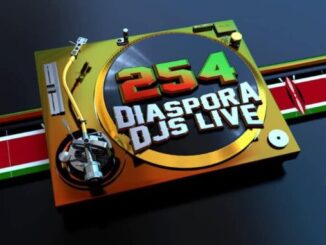