A case filed by seven Kenyans who are stuck in Ras Kamboni, Somalia is set to be heard by the Mombasa High Court on Thursday.

The seven Kenyans are protesting a decision to deny them entry into Kenya.

Under a certificate of urgency, Justice Erick Ogola will hear the case that was filed with the court on Tuesday.

Through their lawyer Margaret Kahiga, the seven Kenyans want the court to give direction on the matter saying they are stranded in Somalia and are without required travel documents.

They say that their passports were hoarded by the authorities as they were trying to enter Kenya which leaves them desolate in a foreign land.

In their petition which they have sued the Attorney General Kihara Kariuki, Interior CS Fred Matiang’i and the Inspector-General of Police Hillary Mutyambai, they want the State to grant them unconditional entry into the country and give them back their passports.

According to Muslims for Human Rights (Muhuri) who filed the petition, they told the court that the seven Kenyans had authorization by Kenyan authorities to fly to Somalia via JKIA on diverse dates in January for work purposes.

The seven Kenyans worked as welders until March 31 when their contract elapsed and made a return to the country after vetting by Somalia and Kenyan authorities at Ras Kamboni area.

Upon getting to the Kenya-Somalia border in Lamu, they were ordered to surrender their travel and identification documents. They were later informed that they would only be allowed into the country once cleared by Lamu County Commissioner, Irungu Macharia.

They now say that despite their show of faith by agreeing to a COVID-19 test, the county commissioner denied them entry. 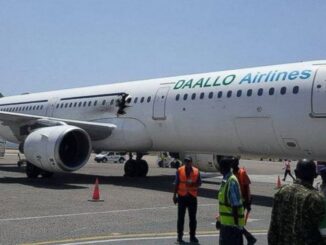 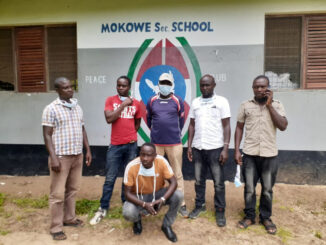 [Photos]: Seven Kenyans stranded in Somalia forced to walk back to Kenya