Pregnant women in the country are staring at a possible crisis as blood banks across the country nearly run dry.

According to findings by Daily Nation, most hospitals are now making personal arrangements to meet the transfusion needs of the patients and expectant mothers in the maternity wings haven’t been spared either.

In case a patient is undergoing surgery, a donor is first sourced for transfusion purposes which continues to put new mothers who suffer from postpartum haemorrhage at more risk.  Cancer patients, patients suffering from sickle cell anaemia and accident victims are bearing the brunt of this shortage now.

Some of the facilities have pinned notices on the situation which they say has been occasioned by a nationwide shortage of blood.

“Dear Client, due to the nationwide blood shortage, we are requesting that all clients coming in for CS must have at least two blood donors,” reads a notice at Jaracanda Maternity.

Reports have it that patients undergoing surgery at the Nairobi Hospital last week had to look for donors first before the procedure kicked off while in Murang’a hospitals, the situation is no different for radiotherapy patients.

Across regional blood transfusion centres in Kisumu, Mombasa, Kenyatta National Hospital and Embu, there were no reagents to screen blood and there were no storage bags for the donated blood which explains the root cause of the shortage.

So dire is the situation that KNH recently discharged cancer patients over shortage of blood prompting Kenyans among them the Secretary-General of the Kenya Medical Association Dr Simon Kigondu to call out the State.

“We thank God for His mercies. If you fail to plan you will plan to fail, don’t blame donors,” posted Dr Kigondu – a gynaecologist – on social media.

Going by guidelines by the World Health Organization, a country should have a proportional number of donors to that of its population to avert a crisis meaning Kenya should collect one million units of blood in a year. 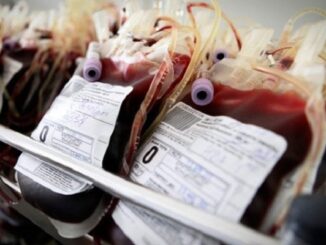