A Kenyan man alleged to have been in conflict with his wife died on Wednesday morning in a car accident a while after police in Henrico County, Virginia found his wife badly injured in their house.

The man, only identified as Wa Martin is reportedly said to have had an altercation with his wife and he stabbed her before leaving their Richmond home on Wednesday morning.

According to NBC12.com, police found the injured woman in her house after responding to victim trauma calls at 2300 block of Fon Du Lac Road.

She was wheeled to hospital while in critical condition. Henrico Police have not revealed the identity of the woman or her current medical condition.

An hour later, police were alerted about a car on fire in the woods along I-64 West road. Together with the firefighters, police from Henrico made to the scene and located the vehicle which was plunged in a ditch in the woods.

Firefighters put out the fire using foam but the occupant who is the man suspected to have stabbed his wife succumbed to injuries. 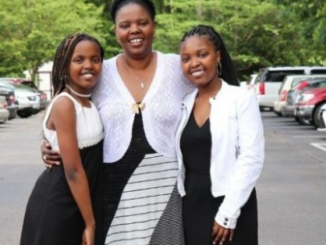