Celebrated Kenyan musician Nyamari Ongegu alias Nyashinski will sell his latest album at Sh20 in a move aimed at raking in some income as concerts have been suspended indefinitely.

The award-winning rapper on Wednesday told his fans that he would treat them to a live performance online for some of his solo songs in his new album on Wednesday, April 8 starting 9:30 pm.

However, for those who are interested in listening to all the solo tracks in the Lucky You album, they can get it for Sh20 ahead of its availability across all digital platforms on April 17, 2020.

Nyashinki joins a batter of other high-flying artistes including deejays who have turned to various online platforms to entertain their fans in the wake of COVID-19 pandemic.

More than 25 deejays Kenyan deejays have been scheduled for online concerts courtesy of 254 Diaspora Djs Live on the Mix.
The outfit formed a fortnight ago has a following of 52, 000 people with more than 20 deejays scheduled to entertain their fans. 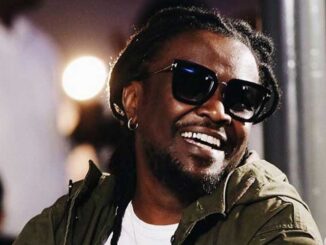