Kenya’s financial strain is bound to increase as it starts on the repayment of Ksh162 billion loan to China’s Exim Bank for the second phase of the Standard Gauge Railway (SGR).

The second phase of the SGR runs from Nairobi to Naivasha. The loan given in 2015 had a grace period of five years.

Exim bank financed 85% of the project while Kenya financed 15% at a cost of Ksh22.5 billion.

The repayment of SGR’s phase two will burden the taxpayers who are yet to fully bounce back due to bad business occasioned by COVID-19 pandemic.

In 2017, Kenya started repaying her loan to the Exim Bank of China for SGR’s Nairobi-Mombasa railway line.

The repayment of the loan for SGR’s second phase will increase the Ksh31 billion paid to the Chinese lender in the year ending June 2019 to Ksh71.4 billion in the current financial year.

Since the operationalization of the SGR line in 2017, revenues generated have fallen short of the projected targets piling the debt burden on the taxpayers.

The Nairobi-Naivasha railway line was launched in October 2019. The intent was to offer an alternative means of cargo from Mombasa to the Ugandan border of Malaba.

The SGR project has also fallen short of expectations just like the Nairobi-Mombasa railway line which has not met its revenue targets since it was commissioned in 2017.

After the coronavirus pandemic struck in March 2020, the country lost Ksh100 billion in revenues in just five months.

As it rebounds, revenue targets remain low as many businesses collapsed and millions of Kenyans rendered jobless. 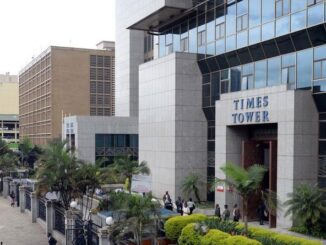