The Director of Public Prosecution Noordin Haji has been named in a list of top 50 disruptors in Africa due to his proactive role in governance and justice.

Haji was named alongside marathoner Kipchoge Keino and two other Kenyans- Peter Njonjo and Edwin Macharia.

Haji ranked at position 37 and was hailed for his bravery to crack down on crime in Kenya especially in taming graft by high-flying personnel.

“The Director of Public Prosecutions orchestrated the July 2019 arrest of the country’s finance minister, Henry Rotich, on suspicion of financial misconduct, which Rotich denies; 27 other government officials were also charged,” the report stated.

Haji saw the arrest of Rotich and team over the controversial Kimwarer and Arror Dams project in the Rift Valley valued at a cost of Sh63 billion.

In the saga, about Ksh7.5 billion was lost.

“Dozens of current and former public officials have been charged and more than 300 prosecutors have had their appointments revoked,” the report adds.

Kipchoge, on the other hand, has been featured over his resilience which he exhibited in the INEOS challenge where he completed a marathon in under two hours clocking 1:59:40.

Before this challenge, he was the world marathon champion titleholder after winning the Berlin Marathon in 2:01:39.

“Having won 12 out of the 13 marathons he has entered, he became the first person in recorded history to finish a marathon in under two hours in October 2019,” the report read in part.

Njonjo, a tech guru and owner of Twiga Foods was ranked at position 25. He has been featured over the role that he has played in the food supply category in the country.

He uses technology to source vegetables and fruits from a pool of 17,000 farmers spread across the country and beyond to 20 other countries.

Twiga Foods is ranked among the most successful start-up six years on. It has about 2,500 vendors in Nairobi.

“The company has been credited with raising farmers’ yields while stabilising consumer prices, and is building a new distribution centre that will have state-of-the-art cold rooms, conveyors and sorting equipment, enabling Twiga Foods to offer supply-chain services for both agricultural and FMCG products,” the report reads.

Macharia, on the other hand, ranks at position 47 courtesy of global consultancy firm, Dalberg Advisors.

He is the first Kenyan to be appointed to as a managing partner for such a reputable firm whose headquarters are based in New York.

He mostly works from Nairobi and is responsible for crafting growth trajectory for the firm in the African continent. 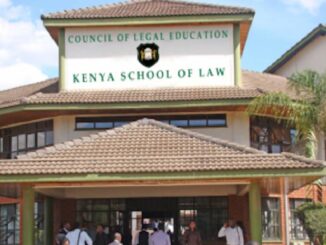