Boeing entered into a settlement with the US Justice Department (DOJ), Ribbeck Law Chartered which is representing 88 affected families said in a statement.

“In the settlement agreement, Boeing has agreed to pay $2.5 billion (Sh273.8 billion), $500 million (Sh54.7 million) of which will go to the victims’ families translating into at least $1.4 million per victim to the families,” Manuel von Ribbeck of Ribbeck Law Chartered stated.

Six minutes after ET302 Boeing 737 Max 8 plane left Ethiopia for Jomo Kenyatta International Airport (JKIA) in Kenya, it crashed with 157 passengers on board.

Ribbeck said that they have made formal application to the DOJ to start the process of receiving the settlement on behalf of the affected families.

“We have already contacted the DOJ in order to start the process of getting these funds on behalf of our clients,” said von Ribbeck.

Six months before the deadly Ethiopian crash, another Boeing plane belonging to Indonesia Lion Air crashed into Jave Sea. All 189 passengers on board were killed.

In March 2019, all Boeing planes were grounded to investigate Boeing 737 Max crashes that killed 346 people in two years.

A US congressional report – House of Representatives’ Transportation and Infrastructure Committee – indicted the manufacturer, Boeing, and the Federal Aviation Administration (F.A.A) for safety failures that resulted in deadly crashes and scores of lives lost.

The report cited from interviews carried out on Boeing’s employees and the Federal Aviation Administration officials, the crashes were occasioned by the manufactures clamour for profits over safety while the agency was blamed for allowing to be swayed in its oversight role.

Going by the Congressional report, the Boeing Max design, engineering and certification were all flawed adding that the plane focused more on cost-cutting than safety.

“Second, the company made deadly assumptions about software known as MCAS, which was blamed for sending the planes into nose dives. Third, Boeing withheld critical information from the F.A.A. Fourth, the agency’s practice of delegating oversight authority to Boeing employees left it in the dark. And finally, the Democrats accused F.A.A. management of siding with Boeing and dismissing its own experts,” New York Times quotes part of the report. 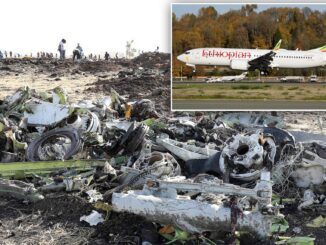