The Kenyan and US governments have engaged diplomats from both countries in a move to finalize on an agreement for direct cargo flights from Kenya to the US.

Deputy economic counsellor US Department of State Chris Angelis told journalists during a press briefing on Thursday in Nairobi that the deal is a big step towards enhancing the economies of the two countries.

“The amendment to the US – Kenya Air Transport Agreement in Washington, DC last month will come to force following an exchange of diplomatic notes at the end of the week or early next week,” said Angelis according to the Star.

Angelis noted that the seventh-freedom traffic lights for cargo operation were not included in the direct flights deal from Nairobi to New York in 2018 when they commenced.

Seventh-freedom rights allow the movement of cargo all over the world conveniently and effectively.

He, however, discounted claims that US’ trade deal with Kenya would oppress the East Africa Community and African Continental Free Trade Agreement (ACFTA).

”The trade pact between Kenya and US is a model to post Agoa trade arrangement with the continent. US has also engaged the continental body,” the US State Department noted.

Once the agreement is finalized, Kenya could benefit greatly as data from the National Bureau of Statistics (KNBS) for the 11 months to November last year showed that the US imported Kenyan goods valued at Sh46.4 billion.

The US exported to Kenya aircraft, wheat and machinery valued at $454 million. 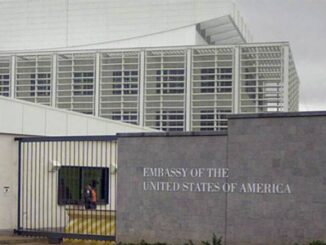