Kenyan Ambassador to Somalia Lt. General (Rtd) Lucas Tumbo has been asked to leave over alleged meddling with upcoming polls.

In a statement on Sunday, Somalia accused Kenyan of attempting to infringe on the country’s sovereignty.

Kenya has been accused of pressuring Jubaland President Ahmed Mohamed Islaam Madobe to renege on a political deal that was entered two months ago as the country heads to the polls.

“Somalia expresses its regret in the government of Kenya’s overt and blatant interferences in the internal and political affairs of the Federal Republic of Somalia which has the potential to be a hindrance to the stability, security and development of the entire region,” Amb. Mohamed stated.

“Somalia understands that as a result of the political interferences, the regional president of Jubaland has reneged on the election agreement that was reached on September 17, 2020, in Mogadishu,” he added.

Somalia will be heading to the polls in February 2021. In the deal entered two weeks ago, it enlisted five regional leaders who agreed to work within set standards in determining the winner of the poll.

Of the agreed items is planning for the polls beginning November and having the five regional leaders determine dates for picking a parliament in 2021.

Once the parliament is picked, they will then select the president.

In the upcoming polls, President Mohamed popularly known as Farmajo is seeking a second term in office after serving for four years. 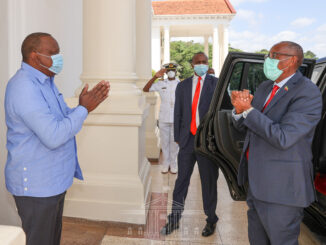 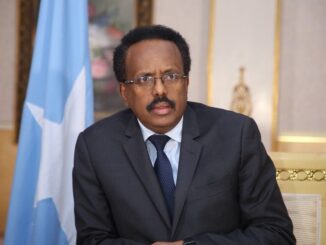 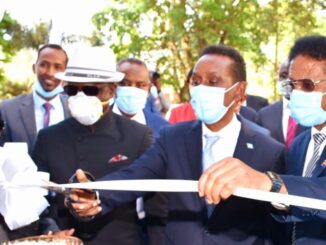 Somalia Embassy in Nairobi reopens after decades of closure