The Kenyan government has come under fire over its handling of issues affecting Kenyans abroad which has been declared “inconsistent”.

The International Relations Society of Kenya (IRSK), a foreign policy lobby in Nairobi said that all Kenyans must be protected even when they are abroad because they are the country’s ambassadors.

IRSK spoke in reference to pleas by a group of Kenyans in Lebanon calling for intervention of the State to fly back home.

In a peaceful protest outside the Kenyan Consulate in Beirut last week, the Kenyans said that the respective mission – Kenyan Embassy in Kuwait – has forgotten about them.

“Kenyans abroad have valid expectations that the [diplomatic] missions will protect and help them in case of trouble,” the IRSK said in a statement on Sunday according to Nation.

“The failure by the Ministry of Foreign Affairs and their consular division to proactively secure Kenyans’ interests abroad puts them at risk of harm and exploitation and could ultimately damage the image of the country,” it added.

IRSK added that the Lebanon incident was not the first case that has showed the level negligence meted out on Kenyans abroad.

Dr Peter Mwencha, IRSK’s secretary cited that “The Kenyan passport needs to mean something. The claims of lack of a budgetary capacity to secure Kenyans in times of crisis is tragic.”

Dr Mwencha noted that “it is saddening that when they need help, the same government cannot afford to assist them.”

Kenya’s ambassador to Kuwait Halima Mohamud last week said that the mission was handling the matter and would have the Kenyans flown back home.

On Friday, after a series of protest by about 20 Kenyan women outside the consulate, Mohamud said that it was difficult to fly them back home because “they were uncooperative”.

The consulate said that most of them were undocumented migrants which made it difficult to process their travel back to Kenya.

She said that plans to evacuate them would stall for a week due to “a state of emergency” declared in Beirut.

She promised that travel documents will start being processed on Tuesday, communication which she has relayed to the group leaders via a letter.

“We have always been one of the first, if not the only African country, to evacuate. Every time there is a problem, if it is genuine, we always bring Kenyans home,” he told a local daily.

“Consular services are there to help people deal with the law and order situation and documentation in case they run into difficulties.” 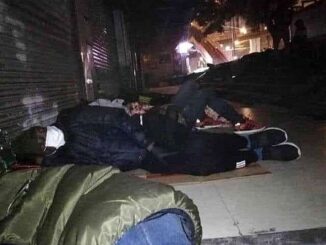 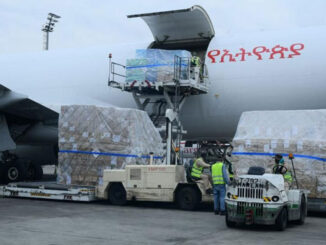