Kenyan passport has gone 13 positions down the mobility score due to the ravaging effects of COVID-19, Henley Passport Index Report indicates.

In previous reviews, the Kenyan passport held the seventh position in Africa. With the In latest review by Henley Passport Index, it now ranks 11th in Africa.

Globally, the Kenyan passport was ranked position 53, from 52nd in the last review.

Out of the 61 countries which the Kenyan passport holds power to, you can visit 29 out of them without a visa while 30 of them, you get the visa on arrival.

The most notable countries that Kenyan Passport allows you to visit visa-free include Hong Kong, Jamaica, Singapore and Fiji.

The closing of borders to curb the spread of the COVID-19 pandemic dealt a blow to the strength of the Kenyan Passport.

On January 1, Kenya fully transitioned to e-passports in a move aimed to ease movement and crackdown on forgeries.

The electronic chips embedded on the new-e-passports are full proof towards duplication.

The e-passport comes with a 10-year validity period.

Kenyan now joins 60 other countries across the world which are using e-passports.

Roll-out of the e-passports with a 10- year validity period marked the beginning of the end of the ‘analogue’ passports that have been in use since Independence and has seen join 60 other countries that use e-passports.

According to the Henley & Partners and CS Global Partners – both citizenship advisory firms – the Caribbean Island nations are attractive to investors because they not only offer massive investment opportunities but their passports have guarantee Visa-free access to 140 other countries in the world especially in Europe. 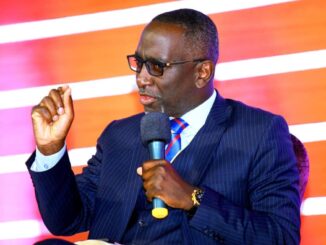