Three Kenyan students currently in Germany, two of whom have tested positive for coronavirus have recounted it all in a bid to sensitize Kenyans.

Kevin Wanjala, and Francis Ajevi tested positive for the novel coronavirus while Moses Githinji is, for now, remains the lucky one having not contracted the virus.

Ajevi who is shy of turning 22 years in July this year says he developed flu-like symptoms on March 23 and it never struck him that it could be COVID-19.

His friend whom he had been in contact with two days earlier had the same symptoms but more severe.

“I started experiencing symptoms on March 23, such as headaches (which I took a pain killer for), slight fever, and I had caught a cold (I only took lemon water regularly for that),” he says according to the Star.

“Only the cold and headaches were recurring symptoms for me. Though I developed general body weakness later but only for two days. Until then, neither I nor my friend suspected we had contracted the virus,” Ajevi said.

He was later told that he was down with the virus and he had to be in quarantine henceforth. The doctor would check up on him via calls after every two days

By April 12, he was fully recovered but he still has to remain indoors until two tests confirm that he is negative.

His neighbours, he says, have been of great help. “They came in very handy with what I needed, and we heeded the regulations set to curb the situation. They left whatever I needed at my doorstep and I’d refund the cost via online banking.”

Wanjala on his part says he started getting headaches and a sore throat on March 25 but only tested positive on April 2. It never occurred to the 21-year-old that he was down with the virus. He thought it was because temperatures had dropped to -1 degrees Celsius.

He recalls visiting Ajevi’s place and could not feel his air freshener which was quite unusual as it always has a “strong scent”.

The following day the symptoms persisted which made him call a doctor and was given some medicine to ease his pain. He, however, decided to take the COVID-19 test which turned positive.

“The doctor told me everything would be okay since I was young and energetic. He asked if I had any other underlying health issue, such as asthma, diabetes or any lung problem. Luckily, I have no health issues since I dedicate most of my free time to sports,” Wanjala recounted.

Nonetheless, he says he has lost his sense of smell and gets mild headaches but the doctor always checks up on him.

Their clarion call is to Kenyans not to take any chances and always observe proper hygiene.

They also dispelled the notion of fear that once you contract the virus, you will die but also called for self-discipline as a key measure in fighting the spread of the virus. 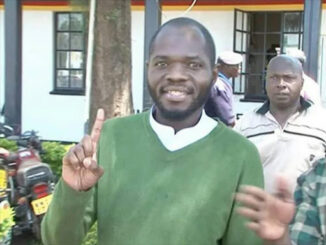 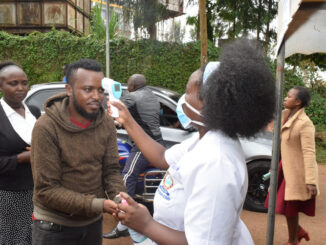