A couple from Mathira, Nyeri County can now heave a sigh of relief after well-wishers came to their aid following their move to give up their two kids for adoption due to poverty.

Samuel Ndungu and his wife Mary Nyambura’s plight was last week highlighted by a local media house as they made their case on why they are giving up their kids for adoption.

Ndungu who has been married for five years in an interview said he can no longer sustain them and the most viable option was to give up the kids for adoption.

Their eldest son is five years old and the second born is just 10-months-old.

“For us to decide to give away our children it is because we did not want to see them starve. When life gets to such a point you just wish you would be dead,” he told Nation.

After highlighting their plight, police from Karatina Police Station donated foodstuff to the family. Other well-wishers have been trooping to their Kiaruhiu home to donated food, money and household goods such as mattresses.

“I honestly have no right words to thank those that came out to support us. We have been getting visitors and hundreds of phone calls from people willing to help. Now our children can stay with us because we have enough to feed them,” Ndungu said.

He added that he has since been offered a job opportunity at a supermarket while his wife also has several job offers.

“I was offered a job at a local supermarket and my wife has also been getting job offers.”

Ndungu and his family have been living in squalor, with nothing much but a temporary house sitting on a piece of land owned by one of his employers.

Ndungu says he cannot trace his roots, therefore, has been forced to take menial jobs, the main one being tea picking together with his wife.

“I have no place to call home so I depend on the next employer to give us shelter until we find another job elsewhere,” he said. 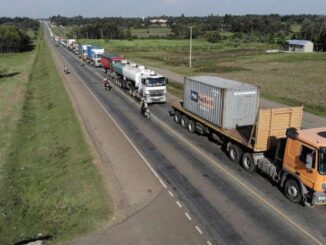