At least 182 Kenya Airways pilots and over 400 cabin crew have been axed as the national airline grapples with the aftershocks of COVID-19 pandemic.

So far, 22 pilots have been issued redundancy letters, marking the start of what will happen to 160 others and 400 cabin crew in the coming days.

“I regret to advise you of management’s decision to terminate your appointment by giving you one month notice with effect from June 24, 2020,” copy of the letters given to the pilots, signed by Chief Human Resources Officer Evelyne Munyoki reads in part.

The sacked KQ employees are expected to return company property in their possession, undergo exit medical examination and sign discharge letters which will mark the end of their tenure with KQ.

They will subsequently, get their final pay as prescribed by Kenyan labour laws.

“The effects of Covid-19 have adversely affected our operations as an airline which has seen us significantly suspend and reduce our operations,” KQ, stated in international in its redundancy letters to pilots dated June 24, and served on June 29.

This move, however, is likely to draw a fresh battle between the national carrier, Kenya Airline Pilots Association (KALPA) and the Kenya Aviation Workers Union (KAWU).

In June KQ CEO Allan Kilavuka wrote to the Labour Ministry seeking cancellation of a Collective Bargaining Agreement that the national carrier had entered with the workers’ union.

“In view of the unprecedented impact of Covid-19 to the airline, it has become difficult to meet our obligations which severely affecting the industrial relations in the company,” Kilavuka stated.

“We will therefore not be able to cover salary and associated staff costs as spelt out in the CBAs,” Kilavuka says in the letter to the CS, a communication that notably excluded the unions.

Before the pandemic, KQ required 600 pilots to fly to 55 destinations across the world but only had 440 pilots meaning, it could not operate optimally. 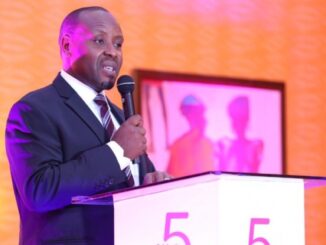 Tanzania bans Kenya Airways from flying into its airspace