US First Lady Melania Trump cozied up to baby elephants and went on safari in Kenya on Friday, on the third leg of a solo tour of Africa that has contrasted with the tumult in Washington.

Looking relaxed and smiling, the former model gave a baby elephant bottled formula at the David Sheldrick Wildlife Trust in Nairobi, famed for its work rescuing the orphans from the wild.

Donning a white safari pith helmet, she then took to the Nairobi National Park to spot some more of Kenya’s wildlife, and will later visit an orphanage and watch a play.

Melania Trump, who is in Africa to promote her children’s welfare programme, began her trip in Ghana, where she visited mothers and their newborns, and toured a former slave trading fort.

She then made a brief stop in Malawi where she toured a primary school.

Her husband tweeted: “Our country’s great First Lady, Melania, is doing really well in Africa. The people love her, and she loves them! It is a beautiful thing to see.”

Ms. Trump’s visit to Africa has offered up a softer side of the Trump administration, which is facing a critical vote on the nomination of Brett Kavanaugh to the Supreme Court on Friday.

Washington has been gripped by high drama and emotion in recent days, from the testimony of Christine Blasey Ford — who accused Kavanaugh of sexual assault — to protests against his nomination which saw more than 300 arrests, including celebrities.

Melania Trump’s visit to Africa is seen by some observers as an effort to mend fences after her husband’s reported comment that the continent contained “shithole” countries.

Her office has described the trip as a “showcase” for the work of the US Agency for International Development (USAID), even at a time when her husband’s government is looking to slash US aid across the world.

However, in contrast to visits by former US President Barack Obama and his wife Michelle, her tour has not attracted large crowds or much fervor.

Kenya, the home of Obama’s father, is also one of the world’s biggest fans of the Trump administration, according to a report by the Pew Research Centre on America’s global image.

The report showed 70 percent of Kenyans have a favorable view of the United States and 56 percent have confidence in Trump. 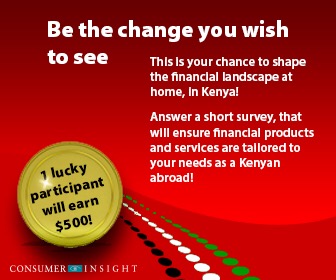