Hundreds of people from diverse cultures, races & ethnicities gathered on November 18th, at the 2017 Men Impact Change Honor Ceremony, held at the Radisson Hotel in North Baltimore Timonium MD to break the cycles of Fatherlessness, of  Violence and of Financial Illiteracy.

Men Impact Change is a nonprofit organization founded in the year 2014 to honor men of Impact, and engage them in mentoring the boy child. 40 Men were honored in 2015-2016. This year 16 Men advancing the legacy of change were honored in 5 categories: Leadership, Entrepreneurship, Philanthropy, Community Organizers as well as in Education. Pastor Peter Mugweh of Life Source International was  the Lifetime honoree.  ( List of Honorees can be found at www.menimpactchange.org)

The second Think Tank Panel was a bare-knuckle electrifying thrill ride! 4 dynamic panelist discussed ways to break the cycles of False Masculinity, of Fatherlessness & of Substance abuse. The panelists were: Christopher Mburu, a Havard graduate & Founder of the Hilde Back Foundation, Prof Sadiq Ali, Founder at Millionaire Manners Academy, Christopher Preston, Founder at Preston’s Practical Perspectives and Robert Burale, Founder at The Naked Truth. Mr. Mburu & Burale flew in all the way from Kenya.

The performers included 8-year-old Mathew Ndumbi Kenyan-American Finalist at Talanta Africa Awards from Atlanta Georgia, The Triplets Ghetto Kids from Uganda ( Featured on the French Montana Video “Unforgettable”) as well as Spoken word from both the hosts, Michael Mugo & Tonyela Arphul, aka MasterPiece from Ghana. Dj Dolls (who also flew in from Kenya), Founder at Live Beat ltd, played the music along with Dj Mike of Tano Studios.

Jamhuri News Media was among the event sponsors through advertisements.

It was a groundbreaking ceremony! To many, this ceremony made history! ( Please see pictures HERE) 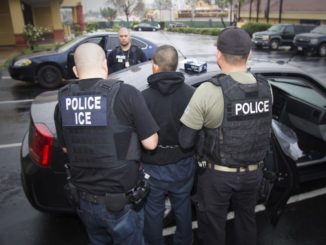 ICE reports increased arrests of immigrants with no criminal records 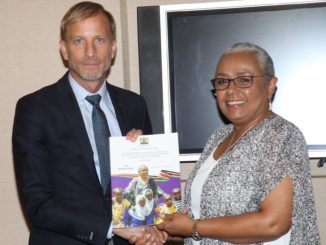 First Lady secures support for Beyond Zero in US 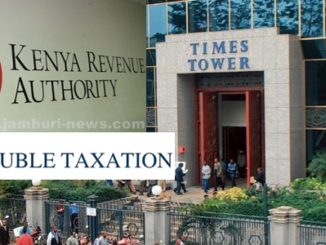