The Nairobi Metropolitan Service (NMS) led by Major General Mohammed Badi has procured 11 train units at a cost of Ksh1.15 billion to ease traffic congestion in the city.

NMS on Tuesday said that the commuter rail project will be operated by the 11-diesel powered train units.

The trains will be plying five main routes from the Nairobi Central Rail station in the city. They will be operating in Syokimau, Kitengela, Kikuyu, Thika and Embakasi village.

The commuter rail project is part of the wider commuter integrated system which comprises the monorail and underground that the government is working on to ensure that traffic gridlock in the city is eased.

NMS in collaboration with the Ministry of Transport is also looking at the bus rapid transit system to ease traffic congestion in and out of the city.

So far, there are ten railways stations outside the environs of the city which will be operationalized by NMS in collaboration with the Kenya Railways.

They include those in Kikuyu, Embakasi Village, Dandora Mwiki, Githurai. Kahawa, Ruiru, Athi River and Donholm.

Besides the newly procured 11 diesel-powered units, 40 other sleeper coaches have been rehabilitated and meet the standards of modern commuter coaches.

A pilot automatic ticketing system has been launched in one of the routes.
Once the commuter rail project is operationalized, it will save an estimated 1.5 million Kenyans who have to deal with the nightmare that is traffic jam.

For the existing network that has been running, it caters for the transport need to the city for about 20,000 Kenyans. 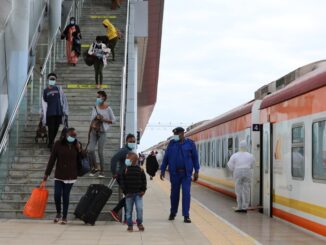 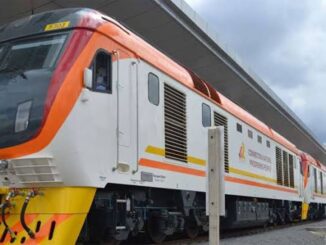 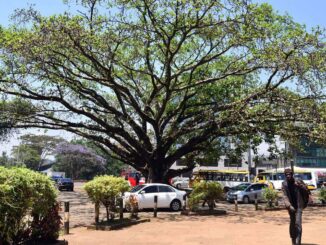