Sarah Ikumu, the British teen girl of a Kenyan couple in Britain has sailed through to the finals of Britain Got Talent after emerging as the judges’ wildcard act.

Ikumu had slightly missed the finals through a public vote after an impeccable performance that got a standing ovation on Wednesday, May 31 (Recap Here). On Saturday night, the judges revealed their wildcard act, one that they would want to see proceed to the finals despite missing the opportunity during the semi-finals where the public had to vote their favorite act.

Ikumu was originally Judge Simon’s Golden Buzzer act, one that sends an act straight to live performances (Recap here). Each judge gets one Golden Buzzer to send one best act to the semi-finals.

To judges’ and fans’ surprise, Ikumu did not get enough votes to get her a place in the finals on Wednesday; finishing third behind fusion pianist Tokio Myers and child comedian Ned Woodman.

On Saturday evening, Ikumu’s dream and hopes of winning the top award in the competition were restored when judges chose her for their wildcard, sending her straight to the finals. She impeccably nailed the song “Rise Up”.

”You’ve come back, and you’ve come back to win, and you’re the one to watch tonight.” said one judge after Ikumu’s unblemished performance Saturday evening.

The successful act will perform in front of the Queen at the Royal Variety Show and receive a £250,000 prize. 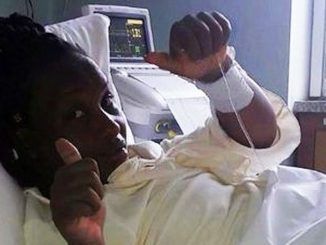 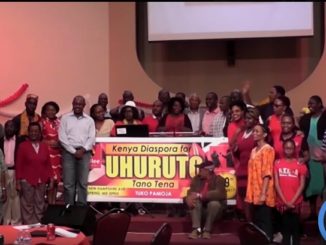 VIDEO: A group of Kenyans converge in Maryland in solidarity with President Uhuru re-election