Kenya’s Ministry of Foreign Affairs has sprung into action following a CNN expose detailing mistreatment of Kenyan women at the Kenyan consulate in Beirut, Lebanon.

The government now says that it will dispatch officials to the consulate in Lebanon as soon as the airspace opens on August 1.

Kenya’s Ambassador to Kuwait Halima Mohamud told the Nation that following the expose, she is aware of the claims.

“We are planning to travel to Lebanon for a fact-finding mission in the first week of August, because our airspace is currently closed,” she told the Nation on Tuesday.

In the piece by CNN, it emerged that several Kenyan women who have visited the consulate in Beirut have been subjected to inhumane treatment by Kenyan Honorary Consul in Beirut – Sayed Chalouhi and a Lebanese national Kassem Jaber working at the consulate.

Chalouhi, another Lebanese national was appointed to handle affairs at the consulate in Beirut although the Kenyan Embassy in Kuwait has jurisdiction in Lebanon but is constrained by distance.

Chalouhi, by an account of several Kenyan women who have been at the consulate, has meted out violence on them and insulted them and forced them to pay more to get essential consular services at the consulate.

Gloria, one of the victims and an undocumented migrant worker in Lebanon told CNN that she was in November 2019 beaten up by Chalouhi for demanding a refund of $1,500 which she had paid for repatriation to Kenya.

This money, Gloria said, she saved for five years.

“They started pushing me and beating me and I also pushed them…They called me a whore. They cursed my sister and they told me to eat sh*t,” she is quoted by CNN.

Phone recordings between Gloria and the consul and testimony from a witness at the consulate in Beirut have been compiled.

Linda, another victim narrated that her request for repatriation from the Honorary Consul was met with calls to engage in sex trade to raise money for her repatriation.

However, Jaber, the assistant consul rubbished the claims saying that they have executed their duties with utmost diligence.

“We never overcharge any girl… everything is monitored by the consul himself so that no one will harm or insult any Kenyan girl, because we have a very good reputation here in Lebanon. No one will try to spoil our name,” he said.

Mohamud added that the Kenyan Embassy in Kuwait and the consulate in Beirut work for the good of all Kenyans.

“The honorary consul diligently attends to a variety of consular matters related to Kenyans in Beirut,” she told CNN in response to the claims.

An estimated 1,000 Kenyans work in Lebanon, a majority of them working as domestic workers. Out of these, there are those who are undocumented and work as Kafalas – a bonded system. 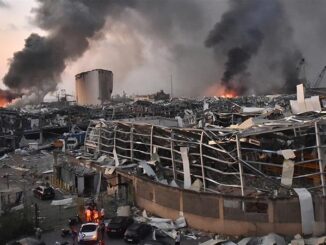