The remittances increased following the easing of COVID-19 rules across different parts of the world.

In a similar period under review to May 2019, diaspora remittance stood at Ksh273.9 billion.

The increased remittances from Kenyans in the Diaspora comes as a surprise as the Central Bank of Kenya had initially projected a decrease in inflows citing hard economic times world all-over.

In 2019, CBK data shows that Kenyans in the diaspora sent Ksh280 billion back home. This figure places diaspora remittances among top foreign exchange income earners in the country.

Kenyans in South Africa and the US were among the top remitters in May. From South Africa, Ksh24.4 billion ($258 million) was sent back home.

Saudi Arabia, the UK, Qatar, Australia and Switzerland sent a significant amount of money to Kenya in May.

Although coronavirus pandemic negatively impacted the economy of the country, Kenya exported more tea and horticultural goods between January and May recording a huge increase.

CBK Governor Patrick Njoroge, however, said that caution is paramount even as the economy makes a comeback.

“While growth was weak in Q1, production of tea and export of tea and horticulture, Kenya’s key foreign exchange-earners, has been strong between May and June,” said Njoroge, “By all indications, the economy is bouncing back,’’ Njoroge said according to the Star.

“We do not want to be bullish, I would even say it’s foolish to say the worst is behind us. We need to be cautious. At the end of the day, it’s not GDP that matters,’’ he added.

Kenya’s forex reserves have since been boosted by the increased diaspora remittances and exports to “$9,229 million or 5.55 months of import cover as of June 25.” 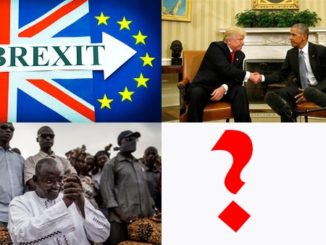 Internet, you and the world. Why a Security guard turning president in Gambia should be normal in today’s world 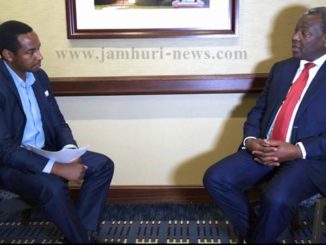