Years before his arrest, Rwandan genocide mastermind Felicien Kabuga heavily invested in Kenya’s real estate sector and lived in Nairobi without ever being arrested.

Kabuga lived with his wife Josephine Mukazitoni in a house he co-owned along Lenana Road.

Kabuga was the proprietor of evaluation and real estate firm, Kenya Trust Company (KTC) Ltd, which reportedly had good business in the city collecting huge sums of money every month from its clients.

Efforts to trace Kabuga through KTC which would later be renamed Tyson’s Ltd would bear no fruit on grounds that the business empire had no known address.

At one point during Daniel Moi’s administration, the then-Attorney General Amos Wako was tasked to tell the court of the whereabouts of the owner of the company.

But this was never told, despite the fact, the fugitive was able to register his businesses in Kenya including a transport firm that thrived with Kenya’s vibrant matatu sector.

He is reportedly said to have owned the luxurious Spanish Villas on Lenana Road which he purchased in 1995. He would collect rent in thousands every month through KTC.

KTC was contracted by his daughter, Bernadette Uwamariya and husband in 1998 and they managed all its operations without a known address.

However, once the rent was collected the money would be deposited at Commercial Bank of Africa which has since rebranded to NCBA where Kabuga is said to have had an account.

The account was later closed in 2005 and Ksh3.4 million which was in the account was transferred to another account which Kabuga co-owned with his daughter in Belgium.

Wako moved to court in 2008 over rising international pressure to produce Kabuga and asked the court to bar him from the operation of Spanish Villas until a case where he was the main suspect at the ICC was concluded.

However, KTC continued to send Ksh290,000 ever three months to Banque De La Poste in Belgium. The money was wired in French Francs.

In 2015, the Court of Appeal ordered the freezing of all assets owned by Kabuga and family.

Kabuga was arrested over the weekend in France after 24 years on the run in different countries. 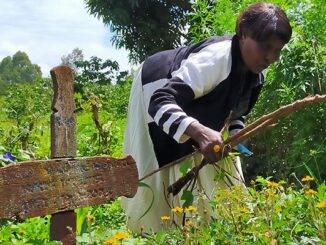