Legendary Kikuyu maestro, Samuel Muchoki popularly known as Samidoh has given an account of how his life has taken a southern turn in the wake of COVID-19 outbreak.

The all-smiley Samidoh shocked Kenyans on Friday with the revelation that he was booked for concerts in and out of the country to September 2020. With a chuckle, he says he had already banked deposits from all the gigs he was lined up for.

Notably, he was to perform in Germany but now has to wait indefinitely.

“I have been booked until September….I have already been paid deposit for all these shows,” he said in an interview with Classic 105’s Maina Kageni and King’angi.

The “Wendo wi Cama” hitmaker implored that the outbreak has dealt him a huge financial blow especially because he has made huge investments in the entertainment industry which is at a standstill now.

With no cash coming in from gigs as he was used to, he reckoned that he now sees the sense in investing elsewhere besides his clubs.

“I now see why it is important investing in other things too and not on one basket.”

The 29-year-old musician-cum police officer traces his interest in music back to 2010 when he was a backup artiste in Kamande wa Kioi’s band together with his brother.

He later abandoned music and joined the forces as an Administration Police officer. He was posted in Daadab, North Eastern where he wrote his first hit song “ndiri mutwe mwega”.

“I wrote “ndiri mutwe mwega” while in Daadab and then I went on leave. That is when I recorded it in 2016 and things changed,” he recalls.

Today, Samidoh is a household name in Kenya’s music industry. His most famous hit is a collabo with Joyce wa Mama “Wendo Wi Cama” which further cemented his popularity in the entertainment industry. 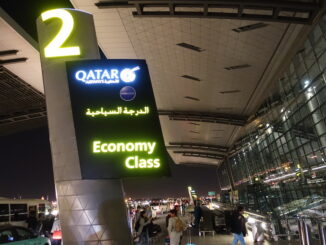 15 Kenyans stuck in Doha, Qatar plead with the Kenyan government for help