The Tanzanian government has banned Kenya Airways from flying into the country. In a statement on Friday, the Tanzanian Civil Aviation Authority (TCAA) said it has revoked KQ’s approval to fly into Tanzania until further ….

As international flights resume on August 1, Kenya’s Transport Ministry has said that airlines in the country will operate at almost normal capacity despite COVID-19 pandemic. Transport CS James Macharia on Wednesday said that this …. 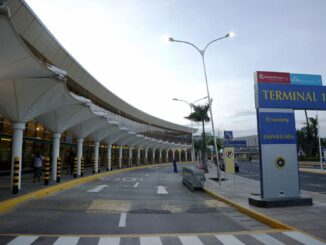 International flights will commence on August 1, President Uhuru Kenyatta announced on Monday. Uhuru in the State of the Nation address said that domestic flights will resume from July 15. However, they will only be ….

At least 182 Kenya Airways pilots and over 400 cabin crew have been axed as the national airline grapples with the aftershocks of COVID-19 pandemic. So far, 22 pilots have been issued redundancy letters, marking ….

The Kenyan High Commission in New Delhi, India has issued a notice of a scheduled evacuation flight next Tuesday, June 23 to bring back Kenyans stuck in India. Kenya’s national carrier Kenya Airways will bring ….

Kenyans returning to Kenya on a second evacuation flight from London to Nairobi on Friday, May 15, will be the first ones to have paid almost double air ticket price. The cost of the Kenya ….