Conservationists at the Maasai Mara Game Reserve are yet to come to terms with the loss of over 300 wildebeests that drowned on Sunday while trying to cross the Mara River.

On Monday afternoon, a strong bout of rottenness filled areas of the reserve close to the river. Bloated carcasses were swept down the river.

Although this was naturally tragic, conservationists have said that the animals erred in picking a wrong crossing point which led to the stampede. The animals attempted to cross over from a swollen point ending up overwhelming many.

Eddy Nkoitoi, the Deputy Chief game warden in Maasai Mara explained that the stampede was brought about by a high number of wildebeests.

He said that those at the front got a lot of pressure to cross from thousands of others at the back.

“So all the wildebeests that came from the back stepped on the first ones down and so on, hundreds died, giving hundreds of crocodiles and vultures more than they can chew,” Nkoitoi told Nation.

Some of the animals struggled to get to the other side from the upper side but they grew weary and resigned to fate.

He added that game rangers tried to rescue some of the wildebeests which ended up getting stuck in trenches.

Nkoitoi said that this year has been tragic for the Great Migration, He indicated that an estimated 10,000 wildebeests have died since May this year as a result of accidents, stampedes, natural causes and predators.

“I have lived in the Mara for the past ten years and this is by far the worst I have ever seen. It is very distressing for people who have been working to prevent poaching to see such large numbers of animals wiped out in a matter of days,” he stated.

Each year, a few of them die in the stampede while crossing the Mara River. However, the high number of wildebeests lost this year is shocking especially for a single day.

They cross over to the Serengeti in Tanzania in search of pasture, a wonder that pulls hundreds of thousands to the Mara to witness this event. 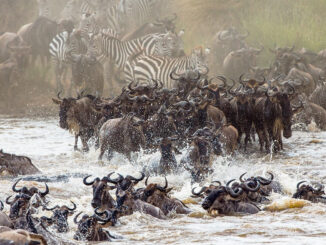 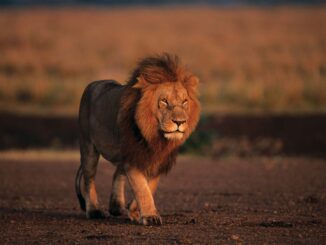 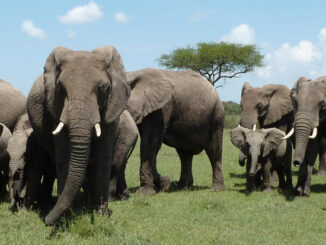