Daniel Munyambu, a UK-based Kenyan politician has not given up on his presidential ambitions even after opting to shelve his bid in the 2017 elections and instead opted to support President Uhuru Kenyatta.

Munyambu, who has been in the UK for decades and at one time was elected in Basildon as a councilor on the Labour Party is contemplating coming back home ahead of the 2022 debacle.

He recently said that he is ready to return to his motherland on the sole resolve of bettering Kenya’s governance.

“I am ready to come back home to assist my motherland from the vast experience I gained abroad,” said the politician who hailed from Gatundu, the same village as President Uhuru Kenyatta according to the Standard.

Speaking of the Building Bridges Initiative (BBI), Munyambu stated that the current constitution had many pitfalls but went on to state that the time for constitutional changes through a referendum was inconsiderate.

“Kenyans are not naïve and deserve accountable leadership to promote equal opportunities for all irrespective of their social background,” he added.

He maintained that focus by the government should be on battling COVID-19 which has ravaged Kenya especially now that it is in the second phase.

Though he broke record after his election as a leader for Basildon, in Essex County under the ruling Labour Party, he failed to secure a seat at MP for Thurrock in 2015.

In 2015, he fought extradition attempts as the Kenyan government fought to have him face alleged fraud charges in Kenya.

He had even skipped bail in May 2012 in Kenya saying that he feared for his life at the time.

Munyambu left Kenya for the UK in 2006 and would be elected Basildon councilor in 2011 and even got a British passport in 2012.

He had already married a British national in 2008 which allowed him to stay in the UK indefinitely. In 2013, he divorced his wife. 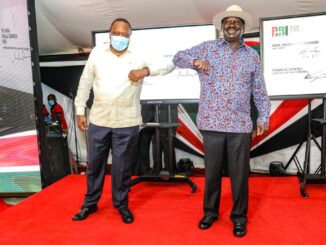 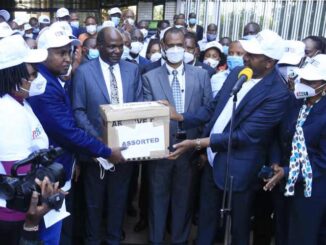