The US Department of State has awarded a Kenyan Human Rights defender, Sophie Otiende over her unrelenting efforts to tame human trafficking.

Sophie received the global acclamation from the US Agency in 2020’s Trafficking in Persons Report (TIP) Heroes launch on Thursday and officiated by US Secretary of State Mike Pompeo, Ivanka Trump, Ambassador John Richmond among others.

Richmond insisted that “The United States is committed to ending modern slavery” adding that there is no excuse for human trafficking.

Her leadership was hailed noting that she has been an important player in “the development of victim assistance infrastructure, resources, and practices in Kenya to ensure human trafficking survivors receive the best possible care and her unwavering efforts to raise awareness of human trafficking in local communities.”

She called on all players in this sector to advocate against any form of slavery in the 21st century.

“It took me 15 years from when I experienced trafficking personally to when I could properly define and name the crime,” she said reminding the guests that she is a victim of human trafficking.

“Looking at the body of work that we’ve done as a group – from prosecuting human trafficking cases to advocating for stronger victim protections or raising public consciousness of the crime – is a reminder that we all have the ability to change the world in our own small but powerful ways,” she added.

Sophie is the founder of Awareness Against Human Trafficking, in Kenya that focuses exclusively on human trafficking.

She added that the work done by grassroot organizations to fight Human Trafficking should not be ignored saying there is a lot of passion to end this vice at this level. 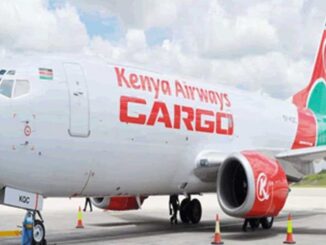