Days after Kenyan TikTok star and ex-TPF contestant Alvin Gatitu asked celebrities to share their struggles, Churchill Show comedian has opened up his battle with depression that saw him attempt suicide twice.

George Maina alias Njoro the comedian lifted the cover on his other life far from the glamour that comes with his stage name.

In a candid interview with fellow comedian Zainabu Zeddy, Njoro confessed trying to take his life thrice due to depression.

He says he lost everything including friends and had to move back to his parents’ home in Nakuru.

“You know, when you lose everything, you also end up losing the people you used to call your friends. I have tried to take my own life three times but by some miracle I failed in all my attempts. It must be God’s plan but truth be told, I am not well at all,” he opened up.

He says that life has been hard for him ever since his father was diagnosed with stomach cancer which left him drained emotionally and financially. It is during this time that he hit rock bottom.

He recalls that he attempted to drive over a cliff at the Rift Valley viewpoint last year in December but was saved by a truck driver who was passing by.

Njoro says he was saying his final prayers when the truck driver saw him and quickly got out and harnessed a towing rope onto his car without Njoro’s knowledge.

It is after the prayer that he stepped on the gas to end his life but the car couldn’t move an inch, thanks to the truck driver.

“After I was done with my final prayer, I stepped on the gas but the car didn’t move an inch,” he narrates.

He adds that before this, he tried to take rat poison which failed and then resulted to slicing his wrists.

However, with support from his mother whom he has been living with, Njoro has made tremendous improvement and is ready to face life once again.

He appealed for help to seek services of a psychologist for therapy adding that he is ready to take up any job he is offered since he has no means to earn a livelihood at the moment.

His story comes days after ranging debate of Churchill comedians opening up on the battle with depression.

The debate was triggered by the death of Comedian Kasee who died a few weeks ago. His body was found lying by the roadside in Kinoo. 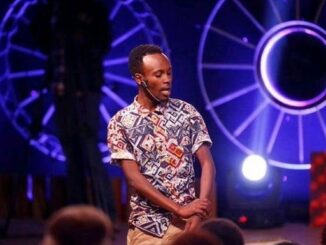 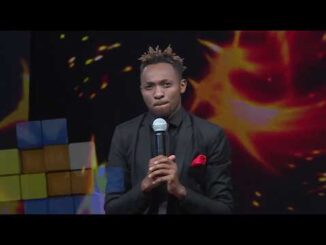