Former Kiambu Governor could have his bond cancelled after the Director of Public Prosecution Noordin Haji said he could ask the court to cancel it.

This follows Waititu’s no-show in court for the third time in a Ksh588 million graft case that he, together with his wife Susan Ndung’u are facing.

Waititu failed to show up in court last week forcing the DP to contemplate applying for bond withdrawal for the former governor.

His lawyer told the court that Waititu has been unwell since he contracted COVID-19 in late August.

According to Daily Nation, Waititu’s lawyers told the court that “My client has been unwell. He went for check up on October 24 and was referred to the High Dependency Unit for admission at a hospital.

“He was admitted and is not ready to proceed with the case.”

However, the Prosecution team took Waititu’s defence team to task asking the court to compel them to provide medical records proving that the defendant (Waititu) has been ailing.

The Prosecution is also pushing for Waititu to undergo a mental assessment before the case proceeds.

Further, Haji wants a team of doctors from the Kenya Medical Practitioners and Dentists Union (KMPDU) to examine Waititu and give their findings to the court.

While protesting the pleas from the Prosecution, Waititu’s lawyer applied to have the case adjourned to give him time to recover.

Waititu is facing corruption charges together with other Kiambu officials over the embezzlement of Sh588 million from county coffers. 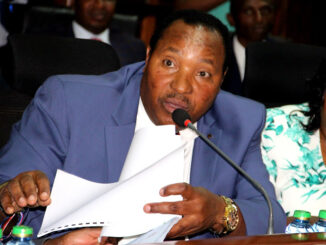 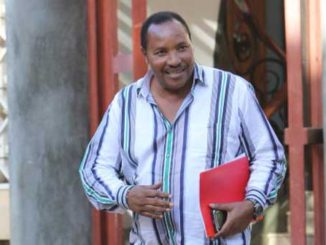