In the last six months to June, wealthy Kenyans beat odds by increasing their appetite for luxurious car brands such as Mercedes-Benz and BMW.

Data released recently by the Motor Vehicle Industry Association (KMI) showed that the demand went up by 14.5% with 79 units being ordered between January and June 2020. Under a similar period last year, only 69 units of these brands were ordered.

Although car sales have plunged by 26.4 percent this year to a record of 4, 628 units being shipped. The plunge has been attributed to coronavirus pandemic that has shaken the economy.

Many companies have had to impose drastic cost-cutting measures to remain afloat while many Kenyans wallow in joblessness.

Others have been forced to go on unpaid leave as companies restrategise on how to keep their revenues coming steady. The ripple effect is that this has affected the economy and a 2.5 percent drop is expected this year.

Hard times notwithstanding, the wealthy forked out between Ksh6 million and Ksh30 million for the most luxurious of these two brands that have been in high demand since January this year.

However, other luxurious brands recorded a drop in six-month sales. Land Rover sold only 18 vehicles compared to 22 in 2019, Bentley one from three and no Jaguar. Porsche sold nine units compared to 10 last year.

Toyota Kenya maintains that business has gone down since March when the first case was recorded in the country.

“The year 2020 started well, as the industry built on the momentum from 2019. However, there was a drastic drop from March to May due to the Covid-19 effect on the economy,” Arvinder Reel, the managing director of Toyota Kenya told Business Daily. 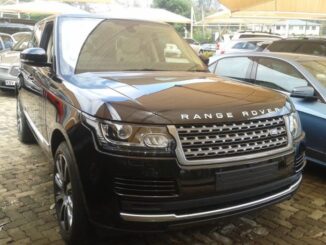